On Monday, April 18th, 2016, Zulay Chacon and David Ojeda had the honor to be featured as part of the Earth Day Kick Off event. The City of Atlanta hosted a gala to celebrate Earth Day and educate public on the importance of recycling while tasting delicious farm to table food from various restaurants.

For this event we designed a short dress and cape, inspired on the fashions of the 50's. while using recyclable materials such as Styrofoam plates, plastic cups, trash bags, fed ex shipping bags, clear plastic, fabric scraps and tag hooks, we succeeded in creating a piece that was not only wearable but beautiful. The hand made sequins provided depth and the braded plastic strips gave the piece interest and dimension. The three layer cape was light and airy and these rather immutable materials appeared rather ethereal.

It appears, that the design industry may be missing an opportunity to collaborate with other industries such as the recyclable industry in other to transform plastics into breathable and wearable materials that could easily be inccorpotated into fashion, desired by consumers and removed from landfills.

Back to main page

More than just a fashion show.

Something to strive for: Dior Haute Couture - Spring Summer 2011

A little about some dear friend in the industry. 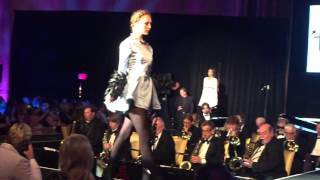 More than just a fashion show.

Something to strive for: Dior Haute Couture - Spring Summer 2011